your only limit is you

What’s the Difference Between the Abortion Pill and Plan B? 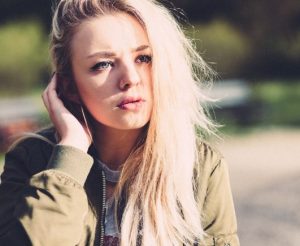 Whether you’ve taken an at-home pregnancy test or your period is late, you’re worried you might be pregnant. You’re researching which pill to use and you may be confused by the abortion pill and Plan B, or the “morning-after” pill. Keep reading to understand which situation each pill is used for and how they work.

How Does Plan B Work?

For Plan B to work effectively, it should be taken no more than 72 hours after sex. This is because the key to its success is that it must be taken after you’ve had unprotected sex, but before conception. So if the fertilized egg has already been implanted, it is too late.

How Does the Abortion Pill Work?

The abortion pill is actually a series of two drugs taken after the pregnancy has been confirmed by an ultrasound. The first one requires an in-person visit to a clinic or a telehealth visit and the second one you take at home.

The first drug stops the pregnancy from growing and the other, usually taken 48 hours later, empties the uterus by forcing it to contract and expel the fetus and pregnancy tissue.

If you are later than 10 weeks in your pregnancy, the medication abortion is not available.

What Are the Side Effects?

Any medical procedure will always pose a type of risk as well as side effects. Here is a list of potential side-effects according to the Mayo Clinic:

What Should I Do First?

If you are unsure if you’re pregnant, the best first step is to take a lab-quality pregnancy test to confirm.

Assure Women’s Center offers this at no cost as well as ultrasounds so you can rule out any pregnancy complications, such as ectopic pregnancy (located outside of the womb).

However, there is more to learn about how each drug and the potential risks, so schedule your pre-abortion consultation today!

you are beautiful
and stronger than you know.