your only limit is you

Will Nebraska Medicaid Pay for the Abortion Pill? 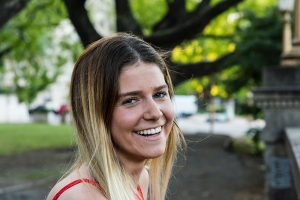 Did you purchase an over-the-counter pregnancy test because your period is late? Is the result positive? If so, you’re probably wondering what to do next. Your first thought might be abortion. You’ve heard about the abortion pill. It sounds so easy, right? One pill, and the whole thing is over. Except it isn’t one pill, and the procedure can be expensive.  Do I pay or will Nebraska Medicaid pay for the abortion pill?

The abortion pill is a medication abortion method. It also goes by the name RU-486, self-managed abortion, and chemical abortion.

Although abortion clinics in Nebraska tell you the abortion pill method can be done until your 11th week of pregnancy, the Mayo Clinic says no more than 9 weeks. Make sure you have an ultrasound beforehand to determine how far along you are in your pregnancy.

At the start of the procedure, you are given a powerful drug known as Mifeprex (mifepristone). The FDA (Federal Drug Administration) recommends this drug only be dispensed under the care of a certified healthcare provider.

Mifeprex is used to stop progesterone production, a hormone necessary for the growth of an embryo. This drug thins the lining of the uterus so nothing can stay attached. The second drug is called misoprostol which causes contractions to expel the fetus from the woman’s body.

Medicaid is a joint federal and state program. It provides health coverage to over 75 million Americans, including low-income people, families, and children, pregnant women, the elderly, and people with disabilities.

Only certain states allow Medicaid to cover the cost of abortions. Residents of those states must live in and have their abortion in the same state. Because the Hyde Amendment limits the use of any federal funds for abortion, state Medicaid funds are available in the following states:

In Nebraska, Medicaid only covers abortion in cases involving life endangerment, rape, or incest. The cost of an abortion varies depending on location, facilities, timing, and the type of procedure. At 10 weeks gestation, the median price is around $500.

Other Nebraska requirements for abortion

Each state has different laws regarding abortion. Some states are stricter than others. These are a few of the additional regulations in Nebraska:

How can we help you?

An unplanned pregnancy is an extremely stressful situation. Let us help you. We offer free and confidential pregnancy testing to confirm your at-home results. Plus, you can receive a free ultrasound to verify your pregnancy and determine how far along you are.

No one should face an unplanned pregnancy alone. Make an appointment, and we’ll provide testing, options consultations, and a lot of encouragement. Contact us now!

you are beautiful
and stronger than you know.